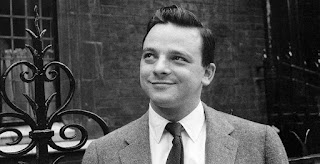 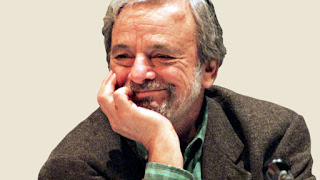 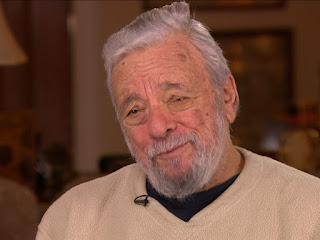 Above my desk at home are three framed images.  One is a page from an early edition of Alice In Wonderland. It’s John Tenniel’s drawing of the Mad Hatter that I acquired during a trip to London.

A second is a caricature of me, drawn long ago by one of my middle school students. In it, I’m jumping up and down as I perform Pete Seeger’s storysong, “Abiyoyo.”

And hanging between these two is a copy of Al Hirschfeld's drawing of Stephen Sondheim, who today celebrates his 90th birthday, hopefully ensconced safely at home and being inundated with cards, phone calls, and other forms of greeting from friends and other well-wishers. 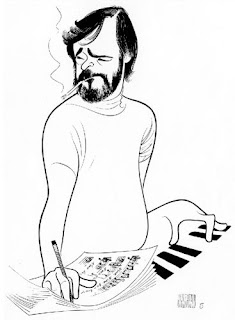 My only close encounter with Stephen Sondheim 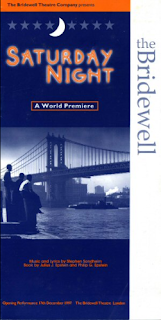 occurred during another visit to London. I attended the premiere production at the pocket-sized Bridewell Theatre of the long-delayed Saturday Night. As Sondheim fans surely know, the show had been set to open on Broadway way back in the 1954-55 season but never made it, owing to the unfortunate death of its lead producer.

Fast forward four decades to 1997, and here I was, happily awaiting the performance of a new-old Sondheim musical, one that predated West Side Story and Gypsy, for which he would serve as lyricist. Saturday Night, on the other hand, boasted both music and lyrics by Sondheim.  So … yes!!!

I assume everyone in the audience had the same feeling of opening a special gift. But what it made even more of a gift was that Sondheim himself slipped into my row, a few seats down from me. He then proceeded to videotape the entire production with a hand-held camcorder.

You can imagine how much my attention wandered that evening.

Rather than talk about all of the Sondheim shows I have seen, several of them in multiple productions, I thought I might go back a decade to the star-studded 80th birthday tribute that was held at Lincoln Center.

I attended the second of the two sold-out concerts in honor of that occasion. Google “Sondheim 80th birthday concert videos,” and, voila, you will readily find selections from the performance for your home viewing.  Still, actually being there was a great treat that has led to years of memories.

The program was directed by actor/writer/director Lonny Price, perhaps best remembered for creating the role of 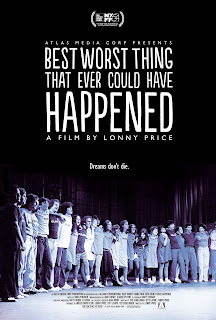 Charley Kringas in the short-lived, forever loved original and oft revived-and-tinkered-with 1981 Broadway production of Merrily We Roll Along. Price also created a wonderful documentary film about that experience called “Best Worst Thing That Ever Could Have Happened,” which came out in 2016. Find it, watch it, and join me in simultaneously laughing and crying for 90 minutes.

For the occasion of the tribute concert, Paul Gemignani, long identified as Sondheim’s musical director, conducted the New York Philharmonic Orchestra. The evening was hosted with grace and good humor by David Hyde Pierce, with a single guest hosting spot ceded to orchestrator Jonathan Tunick, another longtime Sondheim collaborator. With friends like these, Sondheim’s birthday celebration could not have been in better hands.

Some highlights for me:

•Mandy Patinkin and Bernadette Peters performing “Move On” from Sunday in the Park with George. Both of them looked and sounded in top form as they recreated their performance from more than 25 years ago, from what to me is Sondheim’s richest, most emotional and romantic musical score. Patinkin also gave us a beautiful “Finishing the Hat” from Sunday.  “Finishing the Hat” is also the title that Sondheim gave to Volume I of his collected lyrics and commentary (Volume II is “Look, I Made a Hat.”) Now that’s something you might want to read during this enforced downtime. 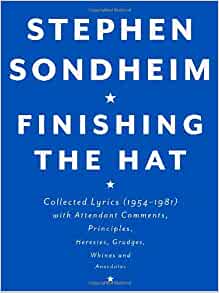 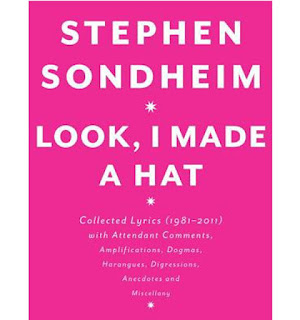 •Patti LuPone, who always seems to be having such a wonderful time onstage, teamed with George Hearn and Michael Cerveris to peform “A Little Priest,” a wickedly fun number from Sweeney Todd.  Mrs. Lovett with her two Sweeneys to play against. Hearn and Cerveris also offered up a chilling rendition of “Pretty Women,” climaxing with one Sweeney slitting the other’s throat.

•Patti again, doing an audacious performance of “The Ladies Who Lunch” from Company, right in front of Elaine Stritch, whose original rendition of the song is legendary; Google it and give it a listen if you don’t already own the recording.  Incidentally, a partly gender-switched revival (Bobby is now Bobbie) of Company had started previews on Broadway before the shutdown, with Patti taking on Stritch’s role. We don’t know yet if it will be able to open when things normalize.  Fingers crossed!

•Elaine Stritch herself, at 85 and looking rather on the frail side, summoning up some great internal power to invest authentic meaning and voice for an ovation-garnering performance of “I’m Still Here” from Follies. I once ran into her walking along Fifth Avenue, but in typical New York fashion, I pretended not to see her; anyway, she was engaged in a rather heated exchange with a young assistant who was accompanying her at the time – so best to keep on moving!

•Chip Zien and Joanna Gleason singing “It Takes Two” from Into The Woods, one of my favorite Sondheim shows. Ms. Gleason looked at Mr. Zien with a slightly startled expression as she sang the first words: “You’ve changed,” a nod to the more than two decades that have passed since they first sang that number on Broadway. It’s these subtle nuances that move a performance from the ordinary to the special. (Another such moment occurred in the aforementioned “The Ladies Who Lunch;” on the line: “Does anyone still wear a hat?” Ms. Stritch gave a little nod that directed our eyes to the cap she was wearing.)

While these were my personal “wow” moments, I’ve got to give high marks to operatic baritone Nathan Gunn, whose heart-melting rendition of “Johanna” from Sweeney Todd was the first number of the evening that made me sit up and take notice, and whose duet with Audra McDonald of “Too Many Mornings” from Follies was simply gorgeous. Also performing magnificently were such powerhouse hitters as Marin Mazzie, Laura Benanti, Victoria Clark, John McMartin, and the always-wonderful-to-see Donna Murphy, whose venomous rendition of “Could I Leave You?” from Follies was enough to give pause to every married man in the audience.

The last official song on the program was the moving choral masterwork, “Sunday” from Sunday in the Park, performed by a stage filled with Broadway performers. It was followed with everyone singing “Happy Birthday” to the birthday boy himself, who came up on the stage from the audience to offer, in a voice choked with emotion, his heartfelt thanks.

All in all, this was a special evening, a loving and fitting tribute to one of the all-time greats!

Feel free to share this blog with your friends, and to offer up your own theater stories by posting a comment. I also invite you to check out the website Show-Score.Com, where you will find capsule reviews of current Broadway and Off Broadway plays from Yours Truly and many other New York critics and theatergoers.

Posted by Howard Miller at 7:24 PM