BEST OF THE BROADWAY SEASON SO FAR: New Plays and Musicals


While we're awaiting the reopening of Broadway theaters, this might be a good time to take a look at the season's highlights thus far.

Recognizing that it's a matter of personal taste, here is my perspective on the best of the new plays and musicals that have appeared on Broadway since the start of the 2019-2020 theater year.

I have identified two new plays and two new musicals. I will consider revivals and transfers from Off Broadway to Broadway next. 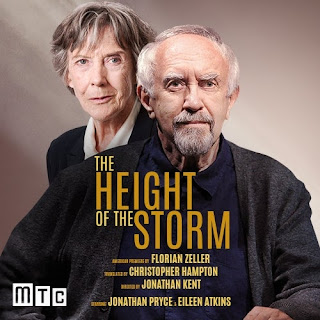 Full of meaningful ambiguity and featuring two of the great actors of the English-speaking world (Eileen Atkins and Jonathan Pryce), playwright Florian Zeller's The Height of the Storm was an original and endlessly fascinating blend of ghost story and a deep dive into the unreliable memories of one or both of its lead characters -- depending on how you interpret things. You can read my complete review by linking here. 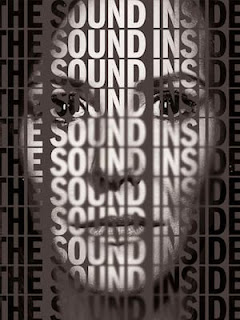 Adam Rapp's enigmatic play featured a thoroughly outstanding performance by Mary-Louise Parker as a creative writing professor whose life is most meaningful when it is surrounded by literature. Watching this was like going through a recently-discovered, long-forgotten box filled with photos, stories, diaries, and poems from your college days. You can read my complete review by linking here.


These two shows offered up a new direction for what is often sneeringly referred to as the "jukebox musical," one that gathers and recycles songs that were never intended to be put together in order to tell a single story.

Moulin Rouge is flashy, colorful, and loud, with an approach to storytelling that leaps unabashedly across genres, from romance to melodrama to burlesque to circus to farce to self-referencing spoof. It's also entertaining as all get out, filled with clever and not-so-clever remixes of a gazillion pop tunes.  You can read my complete review by linking here. 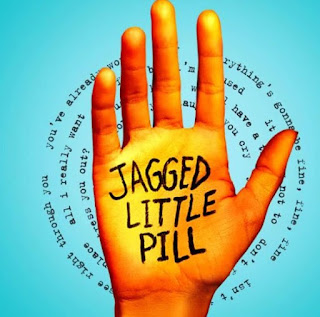 Jagged Little Pill does a great job of using Alanis Morissette's 1995 megahit album of the same title in order to tell an emotionally honest story about the real-life problems of its characters. If it is overly inflated with plot lines, it still hits the mark on so many points. You can read my complete review by linking here.

Feel free to share this blog with your friends, and to offer up your own theater stories by posting a comment. I also invite you to check out the website Show-Score.Com, where you will find capsule reviews of current Broadway and Off Broadway plays from Yours Truly and many other New York critics and theatergoers.