A Sucker Born Every Minute

You might remember one of the memorable episodes in Mark Twain’s Huckleberry Finn—the stunt pulled by the characters known as “the Duke” and “the King,” scam artists Huck runs into while rafting on the Mississippi.

The pair rent out a theater and then advertise a performance of a show they call "The Royal Nonesuch," to which women and children are not to be admitted. Naturally, all of the men in town—expecting some X-rated action—buy up the tickets, only to learn they have been hoodwinked when all they get for their money is the sight of “the King” prancing in his birthday suit across the stage.

Tonight, I felt like one of Mr. Twain’s suckers.

I attended what was advertised to be a performance of Tennessee Williams’ seldom-produced play, In the Bar of a Tokyo Hotel, at the New World Stages.  I am a long-time admirer of Williams’ work and welcomed the opportunity to see this play about an artist barely clinging to his sanity.

So…the audience is sitting there 15 minutes past curtain time, with nothing but a makeshift set suggestive of a bar to look at, when out bounces someone who introduces herself as Maria Torres, the director/choreographer.

Ms. Torres announces that they will be unable to perform the play because a member of the cast was not able to go on (whether due to sickness or injury was unclear, at least to me).  However, she didn’t want us to leave empty-handed; instead she wanted to share with us a bit of what it was we would have seen if we had, indeed, seen it.

She awkwardly read aloud a couple of paragraphs from the program and explained how they had intended to embellish the play with bits of choreography and works of art to make the production more multi-dimensional (as if Tennessee Williams were incapable of accomplishing this through his use of language).  She then brought out a couple of performers who gave us two very brief segments of under-rehearsed (improvised?) choreographed movement.

The whole thing lasted perhaps ten minutes, including a very lengthy pause between the first and second fragment.

And that was it.  Ms. Torres sent us on our merry way, expressing the hope that we had been sufficiently intrigued to come back when things were up and running.

Members of the audience were dumbfounded.  And no one on the staff at New World Stages would take any responsibility for this fiasco, which they were surely aware of long before we all showed up. One couple I spoke with said they had understood the actors would be performing with scripts in hand.  I also overheard someone else saying some ticketholders had been contacted earlier in the day about the pending cancellation.

In any event, we were marched out to the exit without so much as a sheepish apology—much less the offer of a refund or rain check.

I must say, in over fifty years of theatergoing, I’ve never experienced anything like this.  Yes, there have been canceled shows, but these have always been accompanied with apologies and refunds or tickets for another performance.

Feel free to tell your friends about this blog, and to share your own theater stories by posting a comment.
Posted by Howard Miller at 10:36 PM 5 comments:

Slow and Uninspired Start to the Fall Theater Season...But Let Us Be Hopeful 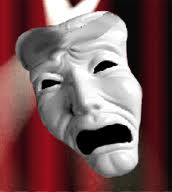 I'm back after a lengthy break precipitated in part by an onslaught of work-related demands on my time, and in part by the lackluster start to the fall theater season.  I'll not bore you with the details of the former, but let's do talk about the latter.

Late summer and early fall are generally slow times for New York theater, but this season is getting off to a particularly lurching and sluggish beginning, with little yet to excite the heart and soul of this intrepid theatergoer.

At least in the summer, you’ve got the opportunity to take some exploratory risks by attending any of the dozens of new and potentially exciting works that are showcased in the various Off Broadway and Off Off Broadway fringe events.

I was happy to venture a bit off the beaten track on the off chance of discovering a new voice or acting talent, without the downside of having to spoon out buckets of money to do so.  I rather admired Hadrian’s Wall by Dani Vetere, Pieces by Chris Phillips, and June and Nancy by Michelle Ramoni.  All three works offered interesting, honest, and unexpected perspectives on LGBT themes.  On the lighter side, I also thoroughly enjoyed the musical How Deep Is the Ocean by the brother/sister team of Peter and Pia Cincotti. I hope all of these will live long and prosper in future productions.

But summer is over.  It’s October.  There is a chill in the air.  And I wait.

Maybe I was spoiled by last year’s kickoff to the fall season, when we were blessed early on with two amazing productions that got things rolling with a bang.  First there was the revival of Terrence McNally’s Master Class, starring Tyne Daly in a Tony-worthy performance as opera diva Maria Callas.  Then came the magnificent full-scale and starry production of Stephen Sondheim’s masterwork, Follies.  We were also privileged to see a mesmerizing  performance by Frank Langella in a revival of Terrence Rattigan’s Man and Boy, a production of a seldom-seen early Lanford Wilson play (Lemon Sky), and new and interesting works by rising playwrights Itamar Moses (Completeness) and Kirsten Greenidge (Milk Like Sugar).

But this fall, the season seems to be dragging itself forward in a particularly uninspired and awkward manner.  The biggest news thus far has been the still-unraveling cautionary tale of intrigue and possible fraud surrounding the efforts to finance the on-again, off-again production of the musical version of Daphne du Maurier’s Rebecca.

I just can’t get myself worked up to see the truncated version of Ibsen’s An Enemy of the People, or the tepidly-reviewed Chaplin (even though I think its star, Rob McClure, is tremendously talented), or even the fiftieth anniversary production of Who’s Afraid of Virginia Woolf? (didn’t we see a fine production of this, like ten minutes ago, with Kathleen Turner and Bill Irwin?).

So what have I liked lately?  Off Broadway does have some good options.  Detroit, The Exonerated, and If There Is I Haven’t Found It Yet are all well worth seeing.

And despite my current lack of enthusiasm, I am looking forward to several forthcoming shows, including The Heiress (with Jessica Chastain and Downton Abbey heartthrob Dan Stevens), The Anarchist (David Mamet's new play, starring Patti LuPone and Debra Winger), The Mystery of Edwin Drood (with Chita Rivera, Will Chase, Jim Norton), and a production of Tennessee Williams's In the Bar of a Tokyo Hotel.

Hey, I'm getting excited just writing about it.

Who knows? Maybe it will turn out to be a great fall season after all! 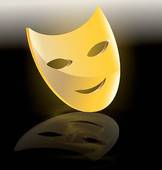 Posted by Howard Miller at 7:21 PM No comments: