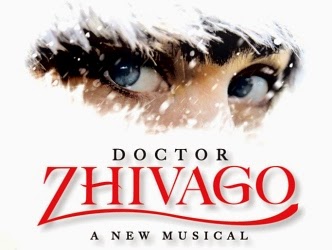 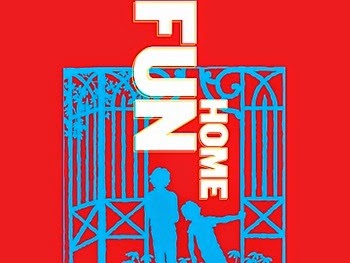 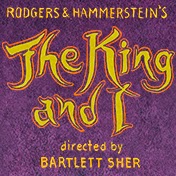 This is Part II of a two-part series on the 19 plays and musicals that are scheduled to open on Broadway between now and April, in time to be considered for the 2015 Tony Awards. In Part I (Link Here) I took a look at the first ten on the list. With Part II, I discuss the rest, offered in the order of their opening dates – along with a bonus speculation about a musical that has been waiting in the wings for a theater to open up.  (Hint: It’s not REBECCA or KING KONG.)

AN AMERICAN IN PARIS. Based on the 1952 film musical and adapted for the stage by Craig Lucas (the book writer for The Light In The Piazza), AN AMERICAN IN PARIS boasts a cornucopia of winning George and Ira Gershwin tunes. It just ended a pre-Broadway run in Paris, where it has garnered very positive reviews. Expect great choreography by Christopher Wheeldon, who is bravely taking on the director’s role as well. Will people be able to set aside their recollections of Gene Kelly, as they seem to have been able to do for the wonderful revival of On The Town?  Opens April 12 at the Palace Theatre.

IT SHOULDA BEEN YOU. Tony winners Tyne Daly and Harriet Harris star as battling mothers of a bride and groom, and David Hyde Pierce directs this musical about a wedding from hell, coming to Broadway after an earlier production at the George Street Playhouse in New Brunswick, NJ that drew mixed reviews.  This one sounds like a risky bet.  Opens April 14 at the Brooks Atkinson Theatre.

FINDING NEVERLAND. Speaking of David Hyde Pierce, his  Frasier partner Kelsey Grammar and Glee-ster Matthew Morrison headline this musical (Book by James Graham, Music and Lyrics by Gary Barlow and Eliot Kennedy), based on the movie of the same title. Diane Paulus, who did a slam bang super job directing recent productions of Hair and the just-closed Pippin, helms this one. Expect a huge promotional campaign from producer Harvey Weinstein, aiming to make his mark on Broadway. The movie version was his production as well, and if determination counts for anything, Mr. Weinstein will see to it that this is a hit.  Opens April 15 at the Lunt-Fontanne Theatre.

THE KING AND I.  Will this be the Tony clincher for frequent nominee Kelli O’Hara? She is being reunited with director Bartlett Sher, and if they can pull off as wonderful a production as they did for South Pacific, the odds are this will be a winner and a must-see for fans of a big old-fashioned Rodgers and Hammerstein musical. Haven’t heard if they plan to have a full orchestra, but I sure hope that will be the case. Opens April 16 at Lincoln Center’s Vivian Beaumont Theatre.
FUN HOME.  The Jeanine Tesori (Violet, Caroline or Change) musical, with book and lyrics by Lisa Kron of The Five Lesbian Brothers acting company, comes to Broadway after a highly acclaimed run last year at the Public. I missed the sold-out show when it played there, but the original cast recording is terrific. The always reliable Michael Cerveris returns to his role as the troubled paterfamilias of a dysfunctional family in the show, based on Alison Bechdel’s graphic novel of the same title and directed by Sam Gold.  Opens April 19 at Circle in the Square Theatre.

DOCTOR ZHIVAGO. Lucy Simon, who gave us the wonderfully moving The Secret Garden two decades ago, has put her creative hand to the sweeping romantic Russian novel. May it be as audience-pleasing and successful as Natasha, Pierre, and the Great Comet of 1812, which took on another sweeping Russian saga, War and Peace. Opens April 21 at the Broadway Theatre.

SOMETHING ROTTEN! Casey Nicholaw directs this romp of a musical about brothers struggling to make a living in the theater in Elizabethan England. Crushed under the long shadow of William Shakespeare, what can they pull off that is entirely original?  How about the world’s first musical comedy!  Keep an eye on this one; it may turn out to be the next Book of Mormon. Opens April 22 at the St. James Theatre.

AIRLINE HIGHWAY. This Steppenwolf production of a play by Lisa D’Amour tells the tale of a group of New Orleans street hustlers who get together to plan a pre-death funeral for their friend, burlesque queen Miss Ruby. Sounds intriguingly quirky, and Steppenwolf usually delivers the goods, though its Chicago production got encouraging but decidedly tepid reviews. Opens April 23 at the Manhattan Theater Club’s Samuel J. Friedman Theatre.

LIVING ON LOVE. The draw here is the star turn by renowned opera soprano Renée Fleming, playing a fading diva in this adaptation (by Joe DiPietro) of Garson Kanin’s 1985 light and airy comedy Peccadillo. It’s silly stuff, but Ms. Fleming, a strong supporting cast, and director Kathleen Marshall might just be able to pull this off.  Opens April 20 at the Longacre Theatre.

This concludes Part II of the preview of coming attractions for the months ahead on Broadway—at least so far as plans have been made, theaters arranged, and so forth.  All subject to change, of course.

Meanwhile, here’s the bonus I promised. Expect to see – at long last – a Broadway production of Kander and Ebb’s THE VISIT, starring – at long last – Chita Rivera in what she has said will be her final Broadway bow. This show has been bouncing around forever, with Ms. Rivera as its greatest champion.  Now it seems the time has come for its Broadway debut, although no official plans have been announced as yet. THE VISIT made a brief appearance (a one-performance fund raiser) back in 2011.  Here’s a link to my review of that event: (Link Here).

Feel free to share this blog with your friends, and to share your own theater stories by posting a comment. Upstage-Downstage is proud to announce it has just passed the 50,000-visitor mark.