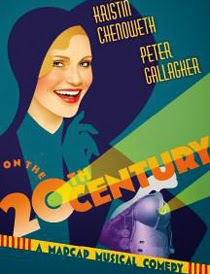 For those of us who will be hanging around New York during the dead of winter, there are consolations, like the 19 new shows scheduled to open on Broadway between now and April. Here’s a rundown of the first ten, listed in the order of their opening dates.  The second group of 9 will be discussed in Part II.

CONSTELLATIONS. Jake Gyllenhaal and British actress Ruth Wilson star in a new work by Nick Payne, who previously gave us the interesting play with the difficult-to-remember title If There Is I Haven’t Found It Yet at Roundabout’s Laura Pels Theater a couple of years back.  Mr. Gyllenhaal appeared in that one as well and turned in a fine, if somewhat twitchy performance as a ne’er-do-well stoner character.  CONSTELLATIONS received rave reviews during its run in London, and certainly the participation of a Hollywood heartthrob ought to bring in the paying customers, despite a running time of just over an hour and a subject matter that mixes quantum physics with romance. Opens on January 13 at the Friedman Theatre.

HONEYMOON IN VEGAS.  This old fashioned frothy musical, with music and lyrics by Jason Robert Brown (Parade, The Last Five Years, The Bridges of Madison County), stars the highly talented Rob McClure and the always-charming Tony Danza. Regular Broadway musical theatergoers have had the pleasure of seeing the dazzling Mr. McClure in his Tony-nominated performance as the title character in Chaplin, and certainly Mr. Danza ought to draw in an audience wanting to see a popular TV star in person.  Based on the fairly well known movie of the same name, HONEYMOON IN VEGAS would seem a safe bet for a pleasant outing. Yet, at least during the preview period, audiences are avoiding it like the plague.  Opens on January 15 at the Nederlander Theatre.

FISH IN THE DARK.  Larry David’s fan base runs wide and deep, and they will expect the creator of Seinfeld and Curb Your Enthusiasm to come up with more of his quirky comic take on life (the play is said to be inspired by the death of a friend’s father).  The cast lineup is strong, with Mr. David himself making his Broadway debut. Joining him will be Jane Houdyshell, Rosie Perez, and Lewis J. Stadlen, among other stalwarts.  Opens March 5 at the Cort Theatre.

THE AUDIENCE. Helen Mirren stars as Queen Elizabeth II in this new play by Peter Morgan. Hmm… didn’t she win an Oscar for doing just that?  Some movie called The Queen, written by—who was it, now?—oh yes, a fellow by the name of Peter Morgan.  Well you can’t have too much of a good thing!  Opens March 8 at the Schoenfeld Theatre.

ON THE TWENTIETH CENTURY. This is a revival of the Cy Coleman, Betty Comden & Adolph Green musical from 1978 (a respectable run of 449 performances) based on the 1932 Ben Hecht/Charles MacArthur play and the 1934 film.  Starring Peter Gallagher and Broadway favorite Kristin Chenoweth, this could turn out to be a screwball romp provided director Scott Ellis can whip it to a fine and giddy froth. Opens March 12 at the American Airlines Theatre.

THE HEIDI CHRONICLES. A revival of Wendy Wasserstein’s Pulitzer Prize winner from 1988 (622 performances on Broadway) stars Elizabeth Moss (Mad Men) and Bruce Pinkham, who wowed everyone as the star of A Gentleman’s Guide to Love and Murder. The play is much loved. It remains to be seen how it will hold up.  Opens March 19 at the Music Box Theatre.

THE HEART OF ROBIN HOOD.  A deconstruction of the swashbuckling adventures of the title character—written by David Farr—was described by Toronto Star theater critic Richard Ouzounian during its run in that city as “Cirque du Soleil goes to Sherwood Forest.” Coupled with original music performed live by the bluegrass-inspired band Parsonfield, THE HEART OF ROBIN HOOD boasts no bankable names.  Director Gísli Örn Garðarsson (a name also not well-known among Broadway theatergoers) will need to find a way to turn this into an Indie hit. Opens March 29 at the Marquis Theatre.

SKYLIGHT.  Bill Nighy and Carey Mulligan star in this straight-from-London hit revival of David Hare’s 1995 emotional story of love and politics. Based on the reviews from across the sea, expect to see some powerful and tear-inducing acting.  Opens April 2 at the Golden Theatre.

HAND TO GOD.  Robert Askin’s offbeat dark comedy about a seductive and devilish sock puppet was well received in two previous Off Broadway productions.  Will it make it on Broadway?  Opens April 7 at the Booth Theatre.

WOLF HALL. The Royal Shakespeare Company brings its production of Hilary Mantel’s two-play drama, set in the court of King Henry VIII, to the Winter Garden Theatre, the longtime home of Mama Mia before its move to the Broadhurst.  The schedule will rotate so that Parts I and II can be seen in a single day or on separate days. Opens April 9.

Part II of this report on the new season will cover the nine plays and musicals scheduled to open during the rest of the month of April, just in time to be considered for the Tony Awards.

Posted by Howard Miller at 5:06 PM