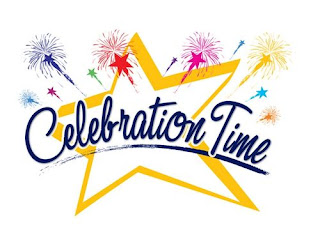 Theatrical Top-Ten lists are de rigueur this time of year, but I don’t want to be locked in at 10.  So ignoring the tradition, here are a baker’s dozen of my favorites drawn from the list of 38 Broadway plays and musicals I have seen since January 1, 2015.

I thought each of these stood out for a variety of reasons, which I’ll explain as I go along. Do note that the list is in alphabetical rather than preferential order. I discuss Off Broadway and Off Off Broadway in a separate post.  If you are interested, here's a link -- tinyurl.com/z9799kt.

Constellations.  Hard to explain, and, yes, at times hard to follow, Nick Payne’s play was a gimmicky work, no doubt.  In non-linear scenes coming in short bursts, Constellations toyed with the ebb and flow of time and space. Yet thanks to the chemistry between its stars (Jake Gyllenhaal and Ruth Wilson) and to Michael Longhurst’s razor sharp direction, the play sticks in the mind as a sweet and tender romance and an original and thought-provoking entry to the year on Broadway.

Fool for Love. This was a terrific revival of Sam Shepard’s 1983 play about a pair of doomed lovers, brought searingly to life by a perfectly matched Sam Rockwell and Nina Arianda, under Daniel Auken’s direction.  You felt you had fallen into a myth about lost souls bound together for all of eternity.

Fun Home. Super translation to the stage of Alison Bechdel’s coming-of-age graphic memoir dealing with her journey of self-discovery as a lesbian, juxtaposed to the story of her father’s tormented life as a closeted gay man.  With a solid book and lyrics by Lisa Kron, a great score by Jeanine Tesori, outstanding performances all around, and excellent direction by Sam Gold, Fun Home was truly worthy of its multiple Tony awards.

Hamilton.  It may be the most hyped show of the century, but Lin-Manuel Miranda and the entire creative team and cast deserve a humongous amount of credit for the way they have captured a piece of U. S. history and made it informative, innovative, totally theatrical, and audience grabbing.  The musical’s greatest strength may lie in its depiction of the youthful vitality of so many of the players in the early days of the nation, and in reminding us what it truly means when we say that the United States is a nation of immigrants.

On The Town.  Wonderful revival, boasting outstanding performances and production values throughout.  This was far more inspired than the Tony-winning revival of The King and I.  And how lovely it was to have On The Town playing on 42nd street alongside On The Twentieth Century – both glorious musicals filled with the sparkling lyrics of Betty Comden and Adolph Green coupled with the first-rate scores by Leonard Bernstein (the former) and Cy Coleman (the latter).

On The Twentieth Century.  A joyful revival, perfectly tailored to the singing and physical comic chops of Kristin Chenoweth.  This was a delight from start to finish.  Chenoweth shoulda won the Tony for this.

Skylight.  Bill Nighy’s (presumably deliberate) twitchy performance was sometimes hard to watch, but Carey Mulligan provided the perfect counterpoint in the revival of David Hare’s so-well-written play about two ships that long ago passed in the night.

Spring Awakening.  A little soon for a revival, perhaps, but the staging and the integration of signing performers, along with one in a wheelchair, captured the urgency and frustration of youth within a repressive society far better than the original.

The Color Purple.  Like Spring Awakening, this was a fast turn-around for a revival to appear, and good luck following the chopped-up book if you are unfamiliar with Alice Walker’s novel or the Steven Spielberg movie.  But it just goes to show how a great cast, led by Cynthia Erivo’s show-stopping performance, and the clear-eyed vision of a director (John Doyle) can bring even choppy story-telling to glorious life.

The Curious Incident of the Dog in the Night-Time.  Unlike The Color Purple, the translation from novel (by Mark Haddon) to play (Simon Stephens) was crystal clear, and the directing and acting, sublime. Alex Sharp, making his Broadway debut in the lead role, was a fount of boundless energy and gave a true “star is born” performance that no one else could touch come Tony time.

The Gin Game.  James Earl Jones and Cicely Tyson.  What else is there to say?  Joy to the world!

The Last Ship.  I’ll leave it to others to analyze its failure to be a huge, award-garnering hit. This was my favorite musical of 2015 – emotionally true and splendidly performed by a rock solid cast, borne to towering heights with a great score by Sting.

Feel free to share this blog with your friends, and to offer up your own theater stories by posting a comment. I also invite you to check out the new website Show-Score.Com, where you will find capsule reviews of current plays from Yours Truly and many other New York critics.
Posted by Howard Miller at 11:27 AM

Email ThisBlogThis!Share to TwitterShare to FacebookShare to Pinterest
Labels: 2015 Broadway