ProfMiller's 2013-2014 Kudos Awards: An Eccentric Alternative to the Tonys 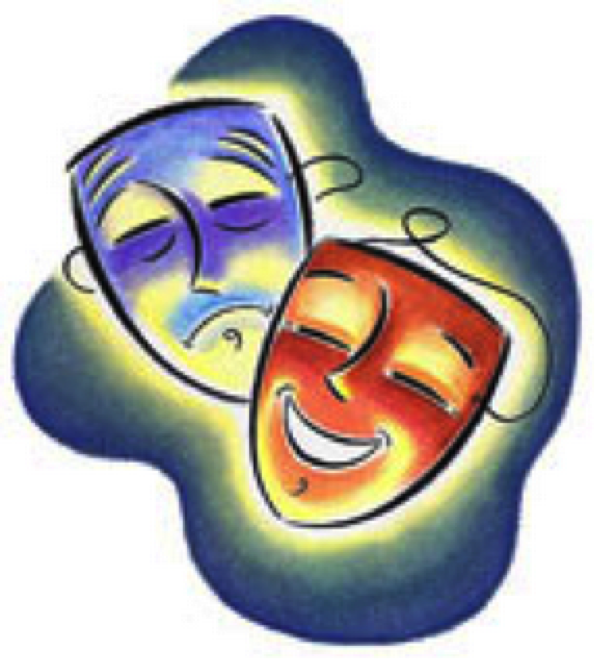 I’m told there is some sort of theater awards event coming up in a couple of days—the Teenys?  The Tinys?  Something like that.  But surely, what the world really is waiting for is the announcement of ProfMiller's Kudos Awards for Outstanding Theatrical Achievement for 2013-2014.

Well, the wait is over, gentle reader. In the words of Stephen Schwartz:  “There is magic to do!”  So let’s begin.

For the record, the Kudos Awards encompass Broadway, Off Broadway, and Off-Off Broadway productions and do not take into consideration length of run, size or location of theater, or any life-after-New York touring potential.  What they do take into consideration are the personal biases and judgments of one theatergoer, underpinned by more than a half century of experience as a member of the audience. Do take it in that light.

And so, without further ado, the envelopes, please.

The first Kudos Award goes to the Roundabout Theatre Company for its consistently strong productions this past season, starting with a top-notch staging of THE WINSLOW BOY, followed by an even better MACHINAL and a splendid VIOLET at the American Airlines Theatre, plus CABARET at Studio 54, and BAD JEWS, DINNER WITH FRIENDS, and JUST JIM DALE at the Laura Pels. Roundabout has overcome a variable reputation for the quality of its productions.  This year’s feast demonstrates a sea change that deserves to be acknowledged and supported.  Kudos AND Bravo to Roundabout!

It’s been a very busy year for the Bard, well represented as he was by multiple productions of KING LEAR, Julie Taymor’s A MIDSUMMER NIGHT’S DREAM, a Halloween-inspired MACBETH at the Vivian Beaumont, the current muck-infused staging of the same at the Park Avenue Armory, and the pairing of an oddball RICHARD III with the memorable TWELFTH NIGHT on Broadway. But the Kudos Award bypasses all of these and goes, instead, to the WorkShop Theater Company for its loving and gimmick-free production of THE WINTER’S TALE, reminding us that Shakespeare’s beautiful language triumphs over big production values.

The Kudos Award for Best Ensemble Acting goes to the company of THE CRIPPLE OF INISHMAAN. Much focus has been on Daniel Radcliffe, whose presence is certainly an important draw for American audiences, but the entire cast shines and coalesces beautifully, collectively capturing and delivering every bit of off-kilter humor from Martin McDonagh's play.

For Best Actress in a Play, the winner has to be Audra McDonald in LADY DAY AT EMERSON’S BAR AND GRILL.  What can I say?  Her performance is gaspably perfect.

For Best Featured Actress in a Play, we have a tie:  Celia Keenan-Bolger (THE GLASS MENAGERIE) and Kathryn Hunter (A MIDSUMMER NIGHT’S DREAM). Celia Keenan-Bolger gave an exquisite performance as Laura, glowingly alive in her extended scene with Brian J. Smith as the gentleman caller, and then melting back into herself by play’s end. Kathryn Hunter was outstanding as Puck in Julie Taymor’s dream-like production of Shakespeare’s fantastical comedy at the Theatre for a New Audience.

For Best Featured Actor in a Play, the winner of the Kudos Award is John Glover as one of the witches in Jack O’Brien’s production of MACBETH. Mr. Glover brought a real spark of otherworldly magic into every scene in which he appeared.

For Best Lead Actor in a Play, the winner is Jeff Goldblum for his performance as the clueless, foot-in-his-mouth, idiotic stand-in for the likes of Eliot Spitzer, Anthony Weiner, and the pre-rehabilitated Bill Clinton in Bruce Norris’s DOMESTICATED.

For Best Featured Actress in a Musical, the Kudos Award goes to Linda Emond (CABARET). In a production in which pretty much everyone is called upon to play a “type,” she turns Fräulein Schneider into a memorable character, one with a very good singing voice to boot.

For Best Lead Actress in a Musical, we have a tie:  Sutton Foster (VIOLET) and Jessie Mueller (BEAUTIFUL). Interestingly enough, they bring a similar country/rockabilly quality to their singing—better suited to Sutton Foster’s character, as it happens—but both are at the top of their game in their respective roles.

For Best Featured Actor in a Musical, the winner is Joshua Henry (VIOLET). He brings grace and style to the role of Flick, and his rendition of “Let It Sing” is truly a showstopper.

For Best Lead Actor in a Musical, the Kudos Award goes to Neil Patrick Harris, who proves the charismatic equal to Hugh Jackman as the star of HEDWIG AND THE ANGRY INCH.

For Best Revival of a Play, the Kudos Award goes to Machinal, a wonderful expressionist work which saw an outstanding production.

The Kudos Award for Best Revival of a Musical goes to the terrific Hedwig and the Angry Inch.

Winning the Kudos Award for Best Director of a Play is Tim Carroll (TWELFTH NIGHT).  Every aspect of the production showed intelligent and original planning and led to a crowd-pleasing experience.

For Best Director of a Musical, the Kudos Award goes to Michael Mayer (HEDWIG AND THE ANGRY INCH). As with TWELFTH NIGHT, this is a production that shows exceptional planning—from the brilliant concept behind the stage design to the lighting to the sound to the outstanding performances.

For Best Writing of a Play, the Kudos Award goes to Randy Neale for THE FOOL’S LEAR, a funny and poignant comic drama that views the story of King Lear through the eyes of his fool.

For Best Writing of a Musical, the Kudos Award goes to Robert L. Freedman, responsible for the very witty book and lyrics to THE GENTLEMAN’S GUIDE TO LOVE AND MURDER.

The Kudos Award for the Best Overall Production of a New Play goes to The City of Conversation. This is one that ProfMiller hopes will move to Broadway from its current home at the Mitzi E. Newhouse Theater at Lincoln Center.  If it does, be looking for it as a strong contender for 2015 Tony nods (best play, best leading actress for Jan Maxwell).

The Kudos Award for the Best Overall Production of a New Musical goes to the beautiful Beautiful:  The Carol King Musical.

And that, folks, is a wrap. No speeches or bizarre poetry readings. Cue the music and call it a night!   Now, if you like, feel free to watch that other awards event on Sunday night.

Posted by Howard Miller at 9:09 PM