Forget the Tonys! Time for the Annual ProfMiller's Kudos Awards 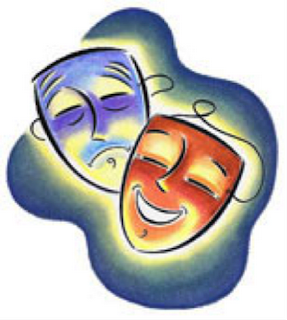 The theater community’s annual awards season comes to a close with Sunday’s Tony Awards, which means it is time to announce our own ProfMiller Kudos Awards for Outstanding Theatrical Achievement, 2012-2013.

In all honesty, this past year has not been the greatest, on or off the Great White Way.  This is not, I think, the place to name names, but suffice it to say, too many productions turned out to be lacking in imagination and creativity.

But there certainly were pleasures to be derived, and The Kudos Awards are here to celebrate those special moments, when everything magically came together and everyone involved could say—in the words of Blanche DuBois—“oh look, we have created enchantment.”

For the record, The Kudos Awards encompass Broadway, Off Broadway, and Off-Off Broadway productions and do not take into consideration length of run, size or location of theater, or any life-after-New York touring potential.  What they do take into consideration are the personal biases and judgments of one theatergoer, underpinned by more than a half century of experience as a member of the audience. Do take it in that light.

And so, without further ado, the envelope, please.

We’ll begin with several special awards that don’t fit into any of the usual categories.

The first is a Special Kudos Award for Outstanding Work By a Repertory Company, which goes to the Irish Rep. I never cease to be amazed at how the production team—headed up by its creative founders Ciarán O’Reilly and Charlotte Moore—manage to put together such entertaining plays and musicals within their tiny performance space. I don’t think I’ve ever seen them repeat themselves in terms of staging, so I can only conclude that they have one or more helpful leprechauns hanging about.  Special nods this year to two of its shows:  a thoroughly charming production of the musical Donnybrook! and the current first-rate revival of Conor McPherson’s atmospheric play, The Weir.

Speaking of charming, The Kudos Awards now has a new category called Most Charming Solo Performance, created just for Michael Urie, in recognition of his star turn as a factotum for an unseen character known as Barbra Streisand, in Jonathan Tolins’s Buyer and Cellar. The play is slight, but the performance is indeed Kudos-worthy.

And finally, a Special Kudos Raise-‘Em-From-The-Dead Award goes to Keala Settle for the way in which she did just that with her rendition of the gospel number “Joy of the Lord” in Hands On A Hardbody.  Ain’t nobody gonna nod off in church with Ms. Settle leading the choir!
Acting Awards – Plays

For Best Actress in a Play, the winner is Cicely Tyson, who beguiles the audience into singing hymns with her in the revival of Horton Foote’s The Trip To Bountiful.

For Best Featured Actress in a Play, the winner is Judith Light, whose performance as a conflicted Jewish mother and loving sister-in-law in Richard Greenberg's The Assembled Parties quite lifted the play to a higher level altogether and contributed greatly to its success.

For Best Actor in a Play, the winner is Danny Burstein, for his lead performance in the revival of that grown-up Valentine of a play, Lanford Wilson’s Talley’s Folly.  After his splendid work in last year’s revival of Stephen Sondheim’s Follies, Mr. Burstein might do well to seek out or commission plays with “folly” in the title.

For Best Featured Actor in a Play, the winner of the Kudos Award is Tony Shalhoub for his heartfelt performance as the immigrant dad in the very solid revival of Clifford Odets’s Golden Boy.

For Best Actress in a Musical, the winner is Patina Miller, who ringmasters the many strands that make up Pippin.   She’s got the moves, the pipes, and the sass needed to pull this off.

For Best Featured Actress in a Musical, no one goes near to matching Andrea Martin’s featured number in Pippin.  She gives a master class in musical performing every single time she shows up.  Kudos and Brava to her!

For Best Actor in a Musical, the winner is Billy Porter, who, like Patina Miller, has the moves, the pipes, and the sass, which he uses to great effect in the out-there role of Lola, the drag star in Kinky Boots.

For Best Featured Actor in a Musical, we have a tie with the delightful duo of Will Swenson and David Pittu for their teamwork in the Encores! production of It’s A Bird…It’s A Plane…It’s Superman, itself a strong contender for best musical revival.

Winning the Kudos Award for Best Director of a Play is Ruben Santiago-Hudson, for his outstanding work with the revival of August Wilson’s The Piano Lesson at Signature Theatre.

For Best Director of a Musical, the Kudos Award goes to the team responsible for much of the success of Pippin, Diane Paulus, Gypsy Snider, and Chet Walker.  Paulus is credited as director, Snider as being in charge of the circus elements, and Walker as choreographer, but it is their collaborative efforts that have resulted in this terrific and original production.

The hands down winner in the category of Best Revival of a Play is the Signature Theatre’s production of August Wilson’s The Piano Lesson. Brilliantly acted under the perfect direction of Ruben Santiago-Hudson, this was the frontrunner early on, and nothing that has appeared since then has come close.

For Best New Play, the Kudos Award goes to Richard Greenberg’s The Assembled Parties.  This was a strange play, especially the first Act, with its false trails and unanswered questions, but somehow it all came together in the second half and boasted a pair of memorable performances by Jessica Hecht and Judith Light, and a very creative set design by Santo Loquasto.

The Kudos Award for Best Revival of a Musical goes to Pippin.  Individual performances and the overall production more than make up for the rambling nature of the show, and the artifices enhance rather than distract from the work.

And, finally, for Best New Musical, the Kudos Award goes to Kinky Boots, largely on the basis of Cyndi Lauper’s infectious score.  A thumping crowd pleaser!

And that, folks, is a wrap. Cue the music and call it a night!

Posted by Howard Miller at 3:50 PM