And the Envelope, Please. Announcing the 2012 ProfMiller Kudos Awards 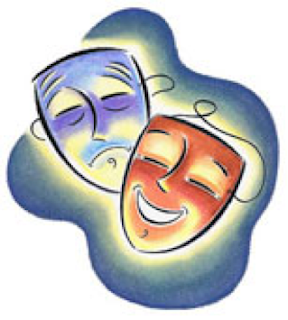 As the theater community’s annual awards season edges towards next week’s Tonys, it is time to announce our own ProfMiller Kudos Awards for Outstanding Theatrical Achievement, 2011-2012.

In accordance with the selection criteria, the results are solely a reflection of my personal biases and judgments, underpinned by a half century of experience as a member of the audience.

These awards encompass Broadway, Off Broadway, and Off-Off Broadway productions and do not take into consideration length of run, size or location of theater, or any life-after-New York touring potential.  Eliminated from consideration were any of the four Tony-nominated plays, since all of them (Clybourne Park, Other Desert Cities, Peter and the Starcatcher, and Venus in Fur) arrived on Broadway this season following successful runs Off Broadway last year; Other Desert Cities received the Kudos Award for Best Play in 2011.

And so, without further ado, the envelope, please.

A Special Kudos Directing Award goes to the fabulous and indefatigable Estelle Parsons, currently delighting audiences in the musical Nice Work If You Can Get It.  This award is not in recognition of her acting, however, but for her inspired directing of Kurt Weill’s Johnny Johnson in a staged reading for the ReGroup Theatre Company.  Held last December at the 47th Street Theatre, the production-on-a-shoestring was a winner from start to finish.  I attended out of curiosity, simply because I had never seen this rarely-performed anti-war musical. I expected mildew. Instead, it turned out to be highly engaging, entertaining, and one of the more pleasant surprises of the season.  Kudos to all involved!

The next special award is for the season’s Most Underappreciated Play, where the standout winner is In Masks Outrageous and Austere, Tennessee Williams’ final fully-realized play.  I admired it for its trippy comic sensibility, especially after the ponderousness of a number of the playwright’s other late works, and I found David Schweizer’s direction to be spot-on and perfectly attuned with the play. In Masks Outrageous and Austere reminded me of the surrealistic ventures undertaken by Edward Albee, John Guare, and Tony Kushner.  It must have been disappointing for those who were looking for the Williams of A Streetcar Named Desire or The Glass Menagerie, but it was one of my favorites of the season.

In the category of Best Revival of a Play, I found nothing on Broadway to be nearly as compelling as The Merchant of Venice or The Normal Heart, which tied for last year’s Kudos Award.  But there were several strong contenders Off-Broadway, whence comes the winner, Edward Albee’s The Lady From Dubuque.  Director David Esbjornson and a powerhouse cast breathed new life into a play that has been dismissed for a very long time as a lesser work.  This emotionally-charged production showed there is nothing lesser about it.

For Best New Play, the Kudos Award goes to J. T. Rogers’ Blood and Gifts, a remarkable and engrossing work about politics, counter-intelligence, and how we came to be mired in the war in Afghanistan.

And for his masterful work in guiding the multiple intersecting elements of Blood and Gifts, Bartlett Sher wins the Kudos Award for Best Director of a Play.

For Best Actress in a Play, a truly strong category this year, we have our first tie. Kudos Awards go to Tyne Daly for her incredibly rich portrayal of opera diva Maria Callas in the splendid revival of Terrence McNally’s Master Class; and to Tracie Bennett, for her breathtaking no-holds-barred performance of a drug-addled walking id known as Judy Garland in Peter Quilter’s bio-play, End of the Rainbow.

For Best Featured Actress in a Play, another category with strong competition, we have another tie.  A Kudos Award goes to Condola Rashad, whose comic timing and powerful presence was the centerpiece of Lydia R. Diamond’s family drama, Stick Fly.  She shares the honors with Linda Edmond, whose portrayal of Linda Loman in the revival of Arthur Miller’s Death Of A Salesman offered not a hand-wringing observer of her husband’s downfall, but a determined and strong-willed partner doing battle to keep her family together and functioning against all odds.

Likewise, we have a tie for Best Actor in a Play. The first winner is Jefferson Mays, an actor of great depth and complexity, who takes home a Kudos Award for his performance as a burned-out British diplomat in Blood and Gifts.  The second recipient is Frank Langella, who gave a mesmerizing performance as the ice-hearted, manipulative businessman in the revival of Terence Rattigan’s Man and Boy.

For Best Featured Actor in a Play, the winner of the Kudos Award is John Glover as Willy’s brother Ben in Death of a Salesman.  Glover, as he appears in his brother’s addled imagination, is the perfect stand-in for Willy’s wishes, hopes, and dreams, the man who walked into the jungle at the age of 17 and came out a millionaire at 21.

Hands down, the Best Revival of a Musical was James Goldman and Stephen Sondheim’s Follies. With its glorious cast and full-sized orchestra, we are not likely to see as rich a production of this magnum opus for a very long time indeed.

Follies also provides us with Best Acting Awards for Jan Maxwell as the embittered Phyllis, and for Ron Raines, as the superficial and self-centered Ben.

The Kudos Award for Best Featured Actor in a Musical goes to Tom Hewitt, as the conflicted Pontius Pilate in the revival of Tim Rice and Andrew Lloyd Webber’s rock musical Jesus Christ Superstar.

And, finally, for Best New Musical, the Kudos Award goes to Once, the gentle, soulful romance (Enda Walsh, playwright, with music and lyrics by Glen Hansard and Markéta Irglová) that has been given a first-rate production, abetted in no small part by the on-stage musicians who are the glue that holds it all together.

For their work on Once, Kudos Awards also go to John Tiffany for Best Director of a Musical, and to Steven Hoggett for Best Choreography.

And that, folks, is a wrap. Cue the music and call it a night!


Feel free to tell your friends about this blog, and to share your own theater stories by posting a comment.  And if you can't get enough of ProfMiller, check out his column, ProfMiller@The Theater, at BroadwayShowBiz.com.
Posted by Howard Miller at 7:47 PM