The 2012 Tonys and the Business Side of Broadway 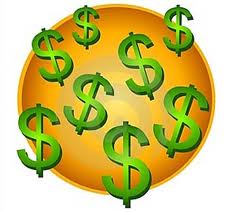 Berlin penned the quintessential tribute to the theater world when he wrote “There’s no business like SHOW business” for Annie Get Your Gun—emphasizing, as he did, the creative and artistic side of the industry.

It’s a rousing tune, an ode to all of those wonderful theater folks who wouldn’t trade even a moment of their onstage lives for a sack of gold.

Yet perhaps what Berlin should have written is, “There’s no BUSINESS like show BUSINESS,” with an emphasis that would be more appropriate to the economics of Broadway.

This was, after all, the year of the official opening of Spider-Man:  Turn Off The Dark, with its $75 million tab; the year of premium ticket prices closing in on $500 (The Book of Mormon); and the two-character, 90-minute Venus in Fur happily selling regular tickets at $176.50 a pop in order to cash in on Nina Arianda’s Tony Award.

I don’t mean to harp on these examples, and, frankly, I’m not sure I begrudge any of this.  There are, after all, bills to be paid, and the money has to come from somewhere.  To quote Stephen Sondheim from Merrily We Roll Along:

Did I say money?
No, I like money a lot
I mean it’s better than not

What I want to talk about is the 2012 Tony Awards Show, which, in my view, crossed the line separating entertainment (or even entertainment with an eye toward attracting audiences to Broadway theater) from unadulterated commercialism.

If life were more like theater,
Life wouldn’t suck so much

What ardent theatergoer could fail to embrace that sentiment?

After that, though, the commercialism became more and more obvious, and ate up an awful lot of air time that could have been used to highlight the nominees.

Most egregious was the nearly four-minute infomercial for Royal Caribbean, featuring Harvey Fierstein in the embarrassing role of pitchman. That bit of mammonism was more off-putting than Audra McDonald’s rape joke or the oddity of featuring a number from Evita, and giving its star and title character half a line to sing (all the better to feature Ricky Martin).

There were other questionable moments that could be viewed as being tied more to money than to art.  For instance, was it really necessary to feature a song from The Book of Mormon, last year’s big winner and a show that is still fighting back the crowds happy to plunk down $954 for a pair of premium tickets?

And was the show officially titled The Gershwins’ Porgy and Bess truly the best revival of a musical, or did the potential for touring and future licensing fees influence the decision to select it over the now-closed and too-expensive-to-tour production of Follies?

But, really, these are quibbles next to allowing Royal Caribbean, a major sponsor of the show, to promote their at-sea production of Hairspray as part of the evening’s entertainment. Couldn’t they have been given a commercial slot instead?

I’m still rolling my eyes…but what do I know?

In any event, theater is not just about Broadway.  There are dozens of wonderful not-for-profit Off-Broadway and Off Off-Broadway companies that do an amazing job of presenting top-notch, professional plays and musicals on a shoestring budget and offering them at very affordable prices to audiences for revivals and original works by some of the best and brightest playwrights around.

One of these companies is Playwrights Horizons, where its latest production, Gina Gionfriddo’s Rapture, Blister, Burn is drawing very positive reviews and word-of-mouth.  (I reviewed it on May 27 in this blog, if you are interested.)

Playwrights Horizons is in the midst of a fund-raising venture, which you can support without laying out a dime by “LIKING” them on Facebook by June 30.  Ten thousand “likes” will earn them a donation of $10,000—chump change within the moneyed world of Broadway, but a healthy infusion of cash in the not-for-profit world.

To sweeten the deal, while you are taking the time to “LIKE” them,  you can enter to win a $250 gift certificate from The Apple Store. Why not do it now?  Here’s the link:  http://www.facebook.com/PlaywrightsHorizons.

Feel free to tell your friends about this blog, and to share your own theater stories by posting a comment.  And if you can't get enough of ProfMiller, check out his column, ProfMiller@The Theater, at BroadwayShowBiz.com.
Posted by Howard Miller at 2:22 PM