A Brilliant 'Blood And Gifts': Spy Vs. Spy in the Cold War Era 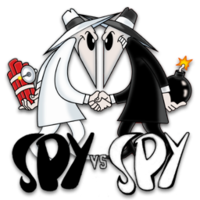 Whenever you go a play that is based on actual history, you run the risk of feeling as though you were attending a lecture as much as a theatrical event.  For instance, while I enjoyed last season's The Scottsboro Boys—and even the more melodramatic Irena’s Vow from the year before--it has occurred to me that the ideal audience for these shows would be a high school history class studying the Jim Crow era or the Holocaust.

Occasionally, however, the history lesson is contextualized within a truly compelling narrative aimed at the grownups in the audience.  One example that comes to mind takes me back to 2003 and the  terrific I Am My Own Wife, whose star, Jefferson Mays, is back and giving yet another outstanding performance in the play that is the subject of this review.

That would be Blood and Gifts, J. T. Rogers’ intelligent and highly engaging work now on view at the Mitzi E. Newhouse Theater at Lincoln Center, about how we so foolishly got ourselves entangled in the quagmire that is Afghanistan.

Rogers gives us the history lesson we need in order to understand what is going on, but he does so in a way that is neither simplistic nor overwhelmingly dense as, say, Tom Stoppard’s Coast of Utopia and Rock ‘n’ Roll.  And he wraps it around a cynical, sharp, and frequently darkly funny story of espionage during the 1980s Cold War era, one that will leave you shaking your head at the stupidity of nations, and perhaps wondering if we truly learned nothing from Vietnam.

If you are concerned that you have not followed the timeline leading up to our current entanglement in Afghanistan, you can pick up what you need to know by reading the six-paragraph insert (by dramaturg Anne Cattaneo) that comes with the program.  Alternatively, you can prepare by watching the 2007 movie Charlie Wilson’s War, starring Tom Hanks and Julia Roberts, that touches on some of the same events as Blood and Gifts.

The play opens in 1981 and  joins CIA agent James Warnock (Jeremy Davidson, John Wayne-like in his self-assurance) as he begins an assignment in Pakistan aimed at driving the Soviet Union out of neighboring (and officially off-limits) Afghanistan.

Before long, Warnock is working both with and against his espionage counterparts from the Soviet Union and Great Britain.  His task is a tricky one.  He needs to arm Afghan tribal freedom fighters against the Soviet army while maintaining “deniability” on behalf of the U. S. government, dancing around the KGB’s Dmitri Gromov (a funny, sardonic Michael Aronov) and keeping in tow his British MI6 ally, the burned-out Simon Craig (a brilliant performance by Mr. Mays).


Meanwhile, their ostensible Pakistani host Colonel Afridi (Gabriel Ruiz), representing his own country’s intelligence agency, has other reasons for wanting to push the Soviets out of Afghanistan.

The interplay is reminiscent of Antonio Prohias's Spy vs. Spy cartoons from Mad Magazine, or something from Graham Greene or John le Carré, yet the events are all too real, as we discover—contrary to the cliché— that the enemy of my enemy is not necessarily my friend.

Meanwhile, on a trip back to the States, Agent Warnock is torn between struggling to save his marriage and fighting to convince Congress to provide additional military aid for the Afghan fighters.  It is in this part of the play, that deals with the political maneuvering, conniving, deal-making, and in-fighting back home, that you will recognize the connection with the movie Charlie Wilson’s War.

It’s all very theater-of-the-absurd, except that the stakes are high indeed, both for the people of Afghanistan (some two million died during the anti-Soviet conflict and the period of civil war that followed) and for the people of the United States, who find themselves scratching their heads over why are at war in Afghanistan.

No bones about it, Blood and Gifts is a top-notch play, flawlessly directed by Bartlett Sher, who has brought out the best from a uniformly strong cast.  May it find great success along the lines of last year’s wonderfully grownup play, Other Desert Cities, that also began at the Mitzi E. Newhouse and is now happily ensconced on Broadway.