'Follies' Is Back on Broadway for a Limited Run: Do Not Miss! 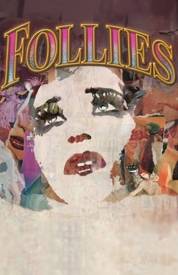 Here’s a bit of advice.

If you’ve never seen Follies, James Goldman and Stephen Sondheim’s magnum opus of a musical, get ye hence to the revival now in previews at the Marquis Theater.  And thank your lucky stars that you have been given this opportunity to see a full-blown production with a cast of 41 accompanied by a 28-piece orchestra performing Jonathan Tunick’s wonderful orchestrations.

And, you know what, even if you’ve seen it before, get ye hence to the Marquis Theater.  If nothing else, you’ll love debating the casting and directing decisions, for Follies will forever stand beside Leonard Bernstein’s Candide in never offering up the complete and definitive version.  How could it, when every audience member knows with ego-centric certainty who should play each role and how each song should be performed?

That may be Follies’ greatest strength, the fact that it can be interpreted and reinterpreted from production to production.  Even this one, which comes to New York after a successful and well-received run at Washington’s D. C.’s Kennedy Center, made the transfer having undergone a good deal of tinkering on its way up I-95.

Back in 1971, when Follies opened on Broadway, The New York Times critic Clive Barnes gave it a mixed and somewhat smarmy review, but he provided a succinct plot summary that I could not hope to match, so I will quote him:  “Years ago, in 1941, Buddy loved Sally, Sally loved Ben, Phyllis loved Ben, and Ben loved Ben.  Buddy married Sally, Ben married Phyllis, but their marriages are not working out.”

The various meltdowns occur before our eyes during a one-time reunion of performers from “Weismann’s Follies,” who have come together 30 years later at the theater where they once shared the spotlight.  The theater, which is about to be torn down to make way for a parking lot, is haunted both by memories and by the ghosts of their former youthful selves, who sometimes lurk in the background, sometimes interact with the living, and sometimes compete directly for the audience’s attention.

This all may sound rather soap opera-ish, but it’s certainly real enough to Buddy, Ben, Phyllis, and, especially, to Sally, who has carried an unrequited torch for Ben for so long she can barely distinguish reality from fantasy.

As the four lost middle-aged souls struggle to exorcise their various demons, the rest of the cast members wander in and out, stopping to perform songs from their heyday, including such showstoppers as “Broadway Baby” and “I’m Still Here,” both of which have been performed and recorded by so many singers that it’s the rare audience member who hasn’t heard them before.

Indeed, Follies could be considered to be a mini-version of Sondheim’s Greatest Hits.  In addition to these two powerhouse numbers, usually reserved for singers in late career, there are Sally’s songs, the romantic yet ironic “In Buddy’s Eyes” and the wrenching “Losing My Mind;” Ben and Sally’s soaring duet “Too Many Mornings;” and Phyllis’s scathing ”Could I Leave You?” all of which have established lives of their own beyond the stage.

OK.  Now comes the part where I get to discuss my own likes and dislikes about the production.   Know, however, that nothing I say is intended to keep you away from the Marquis.  Follies is a must-see show that serves as a touchstone between the musical theater history it tapped into and  the next generation of musicals that it influenced, including A Chorus Line just five years later.  (Michael Bennett co-directed, with Hal Prince, the original Follies before coming up with A Chorus Line).

Let me begin with some comments about casting.  The roles of Ben, Buddy, Phyllis, and Sally are played, respectively, by Ron Raines, Danny Burstein, Jan Maxwell, and Bernadette Peters.  I thought the gentlemen were fine, both strong singers and performers and both good fits for their characters.  Each does splendidly with his personal psychological breakdown number in the section of the show known as “Loveland,” a surrealistic re-creation of songs from the imagined Follies of long ago.


If I have any doubts, it is about the leading women.  I have come to envision a Phyllis as a goddess of shattering rage, especially with the delivery of her tour de force song, “Could I Leave You?” I have, for example, seen Donna Murphy perform this number with such toxic fury that I wanted to cringe beneath my seat and call 911.


Jan Maxwell is a terrific actress, and she can sing well enough and dance (sort of), so that she can get by.  But she is not the Phyllis of my imagination.  Rather, she gives us a more complex characterization, one that lets us see her self-doubt and the last glimmer of love for her supercilious husband, who has kept her at arms-length for many years.

There surely is room for such an interpretation; I just need to mull this one over a little more.

Then there is Bernadette Peters as Sally, a character who is emotionally complicated and who may be suffering from bipolar disorder.  We need to see Sally as someone whom Buddy has loved all of these years while being thoroughly frustrated by her obsession with Ben.

Sally is supposed to be unglamorous, a bit of a frump, someone who does not wish to stand out in a crowd despite her earlier career.  That’s a pretty tall order for Ms. Peters—not  because she is incapable of meeting the acting challenge, but because she is uniquely Bernadette Peters no matter what role she plays.


In watching her perform, it seemed to me that she is still struggling to find the right mannerisms and tone for Sally.  And I am not entirely certain she is comfortable with the specific musical range required for Sally’s numbers. I know precious little about vocal technique, but in the performance I saw, she appeared to be reaching mightily for notes that were below her comfort zone, and there was altogether too much vibrato in her singing.

By way of comparison, consider the incomparable Barbara Cook, who, in her 80s, can still perform “In Buddy’s Eyes” and “Losing My Mind” like no other.   So, here’s something else I need to reconcile in my mind.

Of the rest of the cast, I liked the younger versions of the four leads, as played by Lora Lee Gayer (Sally), Kirsten Scott (Phyllis), Christian Delcroix (Buddy), and Nick Verina (Ben).  They did a credible job of “ghosting” their older counterparts, and of performing their numbers in the “Loveland” sequence—“You’re Gonna Love Tomorrow” and “Love Will See Us Through.”

Those playing the former Weismann Follies performers also did well as they took turns center stage offering up their featured numbers, but only one stood out as being a flesh-and-blood character. That was Susan Watson as Emily.  Ms. Watson still has the gamine looks and the lithe moves of a dancer that made her seem genuine.  With the little she was given to do, she imbued her character with a poignant touch of age-borne forgetfulness and confusion that left a real impression that here was a true veteran of the long departed Follies.

I'll tip my hat as well to Elaine Paige, who was apparently having trouble earlier on remembering the lyrics to “I’m Still Here.” In the performance I attended, she nailed it, sold it, and made it her own, leading to waves of sustained applause.  I also liked Jayne Houdyshell (“Broadway Baby”), largely because she seemed to be having such great fun just being there.

I’ve got to say, I wasn’t overly thrilled with the costumes, wigs, and makeup—especially for the older women.  Surely former Follies performers would know how to dress, fix their hair, and have their makeup done for a reunion of this nature without looking like Bette Davis in Whatever Happened to Baby Jane.

In any event, my quibbles are my own.  I encourage you to go see Follies and form your own judgment. This is being touted as a limited engagement, with tickets on sale only through January 1. Whatever its flaws, given the economics of Broadway, you're not likely to have the opportunity to see a large-scale production of Follies any time in the near future.  Next time might be with a cast of four playing all of the roles as well as the musical instruments.

Feel free to tell your friends about this blog, and to share your own theater stories by posting a comment.
Posted by Howard Miller at 1:27 PM