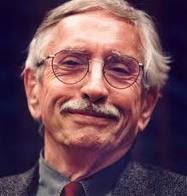 There are two good reasons to see Edward Albee’s latest play, Me, Myself And I, making its New York debut after its original run as a commissioned play for Princeton University’s McCarter Theater in 2008.

The first reason is the obvious one: to see what the octogenarian Mr. Albee, one of the great American playwrights of the second half of the 20th Century, is up to these days.

The other reason is to catch the wonderfully wacked out performance of Elizabeth Ashley in the lead role of Mother.

Picture Albee’s crazed and sharp-tongued Martha from Who’s Afraid of Virginia Woolfe? Now take that image and turn it inside-out into a demented comic figure with the same larger-than-life personality, and you’ve got an idea of the gloriously crazy (in a good way) portrayal that Ms. Ashley gives us. You can’t take your eyes off her whenever she is onstage; she is a wonder to behold.

As for the play itself, let’s just say that Me, Myself And I teeters between Absurd (as in “theater of the…”) and absurd (as in ludicrous). Albee has fun toying around with metaphysical ideas such as existence and identity, and borrows shamelessly from a variety of theatrical devices, including the dissolution of the “fourth wall” that is said to exist between actors and audience, and even a wild and crazy twist on the ancient deus ex machina. There is much to enjoy in the performances of both Ms. Ashley and her partner, Dr.--played by Brian Murray with his always delightful flair and comic timing--including one priceless scene with Mother and Dr. picnicking in a large empty space. The dialog in this scene recalls nothing less than a conversation between Didi and Gogo in Samuel Beckett’s Waiting for Godot.

The plot, such as it is, spins on a crisis involving Mother’s identical twin sons, “OTTO” (Zachary Booth) and “otto” (Preston Sadleir), whom Mother has never been able to tell apart beyond believing that one loves her and the other does not.

Given the twins’ names, you would be right to guess that Albee enjoys playing with words; there’s even the suggestion of a “third twin” named Otto (or OTTO or otto), “in italics,” as OTTO explains. It is OTTO who gets everyone riled up when he announces that he intends to “become Chinese” and, also, by the way, that otto no longer exists. OTTO’s declaration about his brother triggers a series of events in which, among other things, otto becomes increasingly frantic to prove that he does, indeed, exist.

Be warned that all is not played for laughs, and there is an element of crudeness that occasionally creeps in that I found off-putting. And given that Albee has previously dealt with the existence and non-existence of children (Who’s Afraid of Virginia Woolfe?) and the idea of twin boys who may or may not have been separated at a young age (The American Dream), it will be interesting to see how Me, Myself & I will be parsed and analyzed down the road.

But speaking as a member of the audience, I’ve got to say this is pretty lightweight fare, a joujou to enjoy for its craziness, and, especially, for Elizabeth Ashley’s wonderfully outlandish performance.


Feel free to tell your friends about this blog, and to share your own theater stories by posting a comment.
Posted by Howard Miller at 10:53 PM

Email ThisBlogThis!Share to TwitterShare to FacebookShare to Pinterest
Labels: Brian Murray, Edward Albee, Elizabeth Ashley, Me Myself And I